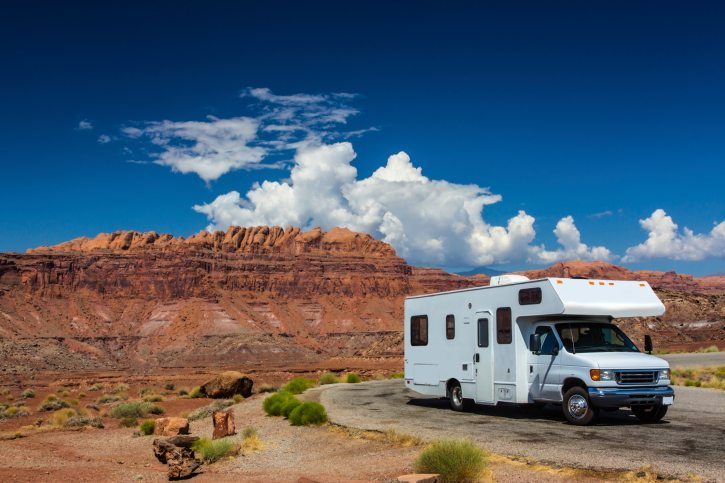 Owning a recreation vehicle, or RV, means possessing the freedom to travel anywhere the road will take you. While the RV itself represents the latest in modern technology and comfort, the idea of the RV traces back hundreds of years.

In Europe during the early 19th century, a new type of wagon was designed that served as not just a form of transportation, but as a place to live. First developed by the French, these types of caravan wagons were introduced in England by traveling circuses around 1820. Roughly 30 years later, the idea of traveling caravans was adopted by Gypsies, and subsequently made a permanent part of European culture.

In the U.S., the covered wagon played a significant role in Westward expansion by colonists. A well equipped wagon served as a temporary shelter and mode of transportation for settlers who ventured into the interior of North America from coastal cities. While these types of covered wagons were never intended to serve as a permanent home, they played the role during the long months of travel.

The earliest types of motorhomes were built by Canadians during the early 20th century on converted car or truck bodies. The very first RV introduced to the U.S. was the Touring Landau from Pierce-Arrow at a Madison Square Garden trade show in 1910. Equipped with a back seat that folded down into a bed, an area for a chamber pot, and a sink, the Landau also featured a phone that connected the back of the vehicle with the drivers seat.

By the 1920s, the concept of the recreational vehicle had arrived in the U.S., and early RV camping clubs were established throughout the country. Despite poor road conditions and limited campsites, owning an RV began to grow in popularity. The Los Angeles Trailer Works and Auto-Kamp Trailers began manufacturing camping trailers, and within a few years, dozens of other manufacturers had begun to follow suit.

Latching on to this growing trend, a number of small businesses, mostly mom and pop operations, began offering custom made vehicles to consumers. These companies began producing so called trailer coaches or house trailers that were often manufactured out of garages or back yards. One of these early businesses, Airstream, still operates today as one of the nation’s largest RV producers.

By the 1950s, a shift started to occur within the industry. House trailers slowly became less mobile, and gave way to the manufactured homes we know today. Companies that wished to maintain a more mobile version of their product started shifting production to the mobile homes and recreational vehicles that continue to travel the nation’s roadways. By the 1960s, these two industries had become separate entities.

Today, 60 percent of all RVs made in the U.S. are manufactured in the town of Elkhart, Indiana. According to a study conducted by the University of Michigan, approximately 8.2 million homes in the U.S. own a recreational vehicle. RV owners spend roughly 26 days a year on the road and average 4,500 miles driven annually. Despite the popular perception that the majority of RV owners are retired seniors, the study showed the average age of a contemporary RV owner at 45.

From your Salem RV park of choice, Phoenix RV Park.